NATE Certified and the Very Best in Central Florida

Scott and the team at Scott’s Heating & Air Conditioning are committed to providing you with quality work completed personally by senior technicians with a depth of knowledge and skills. Our technicians have earned the North American Technician Excellence (NATE) Certification, which means you can be confident that they have proven their knowledge in real-world working situations with heating, ventilation, air conditioning, and refrigeration systems and have passed a stringent certification test. We are also licensed by the State of Florida, certified by the Environmental Protection Agency, and are insured. 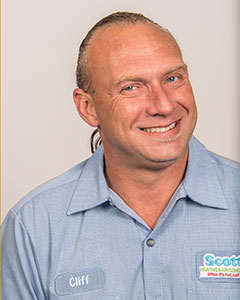 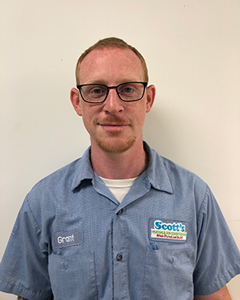 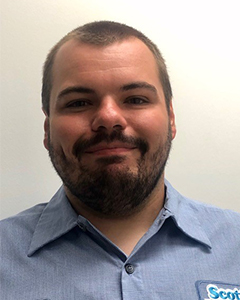 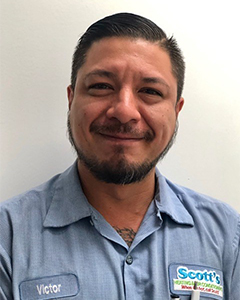 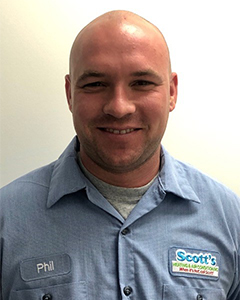 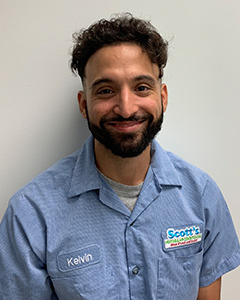 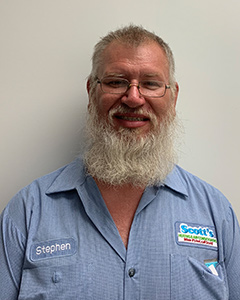 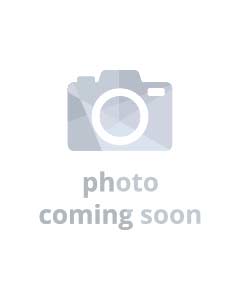 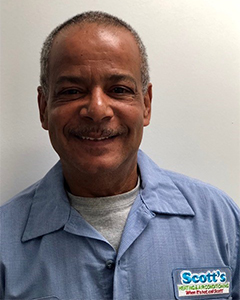 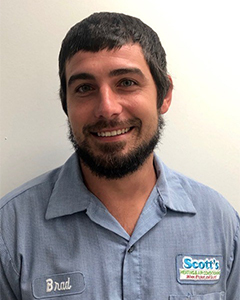 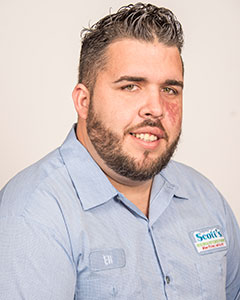 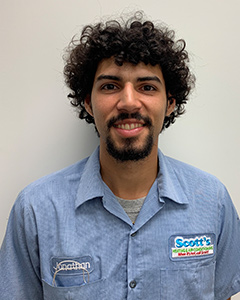 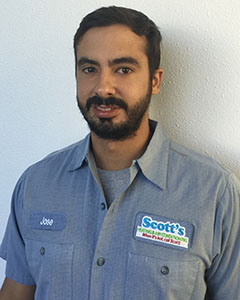 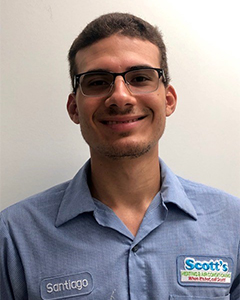 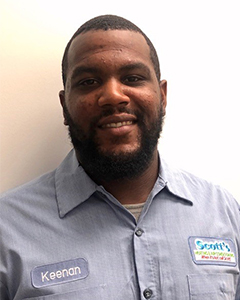 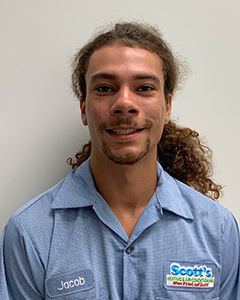 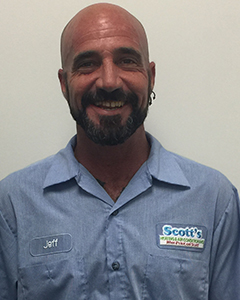 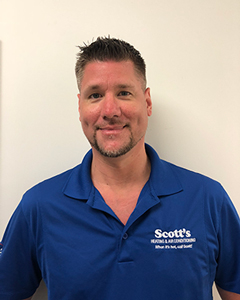 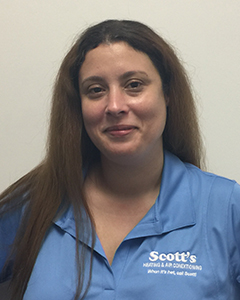 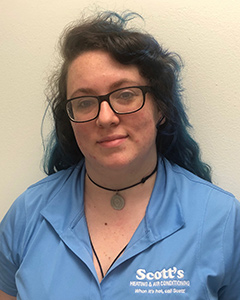 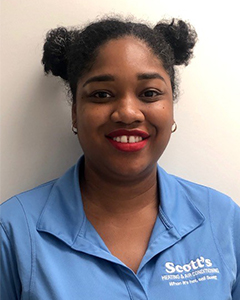 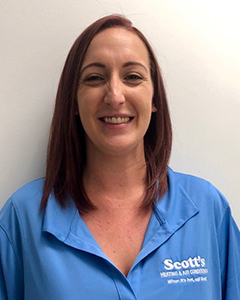 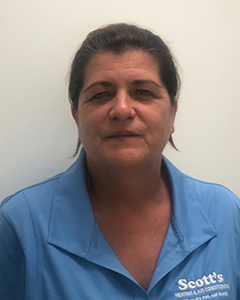 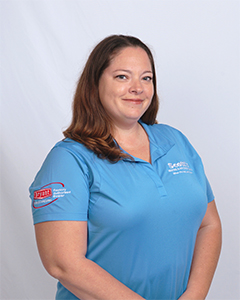 Get to Know Scott 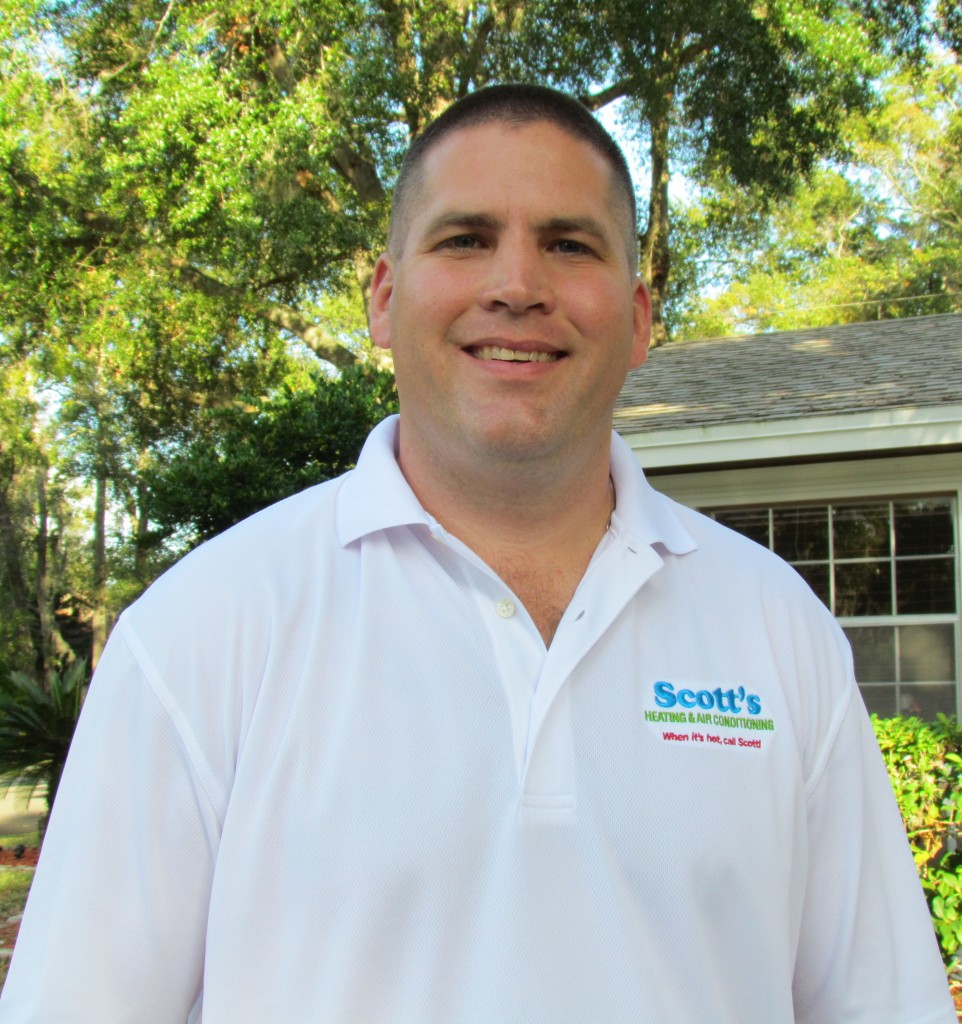 Scott grew up in the small town of Smithsburg, Maryland. He relocated to Orlando after serving in the United States Navy where he completed an apprenticeship training program in engineering with an emphasis on valve and HVAC chiller maintenance. While in the Navy, Scott completed his certification as an Air Conditioning and Refrigeration Operator that started his lifetime interest in HVAC. Scott has received decorations including a National Defense Service Medal, a Sea Service Deployment Ribbon, and an Armed Forces Service Medal. He also earned the Battle Efficiency Award for Command Excellence: Command & Control, Maritime Warfare, Engineering/Survivability and has received Commendations for Outstanding Performance from two Admirals (1996, 1997).

After serving in the U.S. Navy, Scott joined one of the largest air conditioning companies in Central Florida where he was successful as a Trainer and educated new hires in the methods of proper HVAC installation. As he progressed with that company, he later served as a Senior Service Technician, which allowed him to work on residential and commercial HVAC systems throughout Central Florida. He is proficient in installing cooling and heating systems and replacing HVAC components during maintenance and service calls. Prior to opening his own company, Scott was as a Service Supervisor and foreman of an air conditioning service department of 28 technicians. He was responsible for expert-level jobs and addressing customer needs that were escalated to a supervisor. You may recognize Scott from commercials on WFTV Channel 9.

Get to Know Kristy 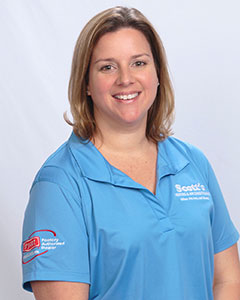 Kristy is enjoying her second career in the HVAC industry. She serves as Scott’s Heating & Air Conditioning’s Chief Financial Officer and oversees the back-office functions of the company, including accounting, human resources, and marketing. Scott and Kristy are a husband and wife team. Scott likes to call Kristy the “architect” for her ability to build and redesign the business through years of double-digit growth.

Prior to growing Scott’s Air, Kristy served as Chief Communications Officer for a local financial institution. Some of her community involvement and accomplishments include:

Kristy is a proud Florida Gator and earned both a Master of Business Administration and a Bachelor of Science in Business Administration from the University of Florida. She majored in Marketing with an outside concentration in Mass Communications. Prior to college, Kristy graduated from Lake Mary High School, just down the street from Scott’s Air. She was active in many of the programs at the J. Douglas YMCA as a youth and is proud to be a long-time Seminole County resident.

Learn More About Us

Bryant is Also Part of Our Team

Representatives from Bryant Heating and Cooling have qualified Scott’s Heating & Air Conditioning as a Bryant Factory Authorized Dealer. Less than 5% of heating and cooling contractors in the country receive the Factory Authorized Dealer distinction, and Scott’s Air is one of the few in the Central Florida area. To qualify, dealers must meet Bryant’s rigid criteria, not only for technical expertise, but also for their business practices and customer service quality.

“Having worked on and installed many different brands of equipment in over a decade of HVAC service and repair, we recommend Bryant. Bryant equipment stands out as one of the best in the industry due to its unparalleled performance in terms of reliability, energy efficiency, and comfort.”
– Scott Moist 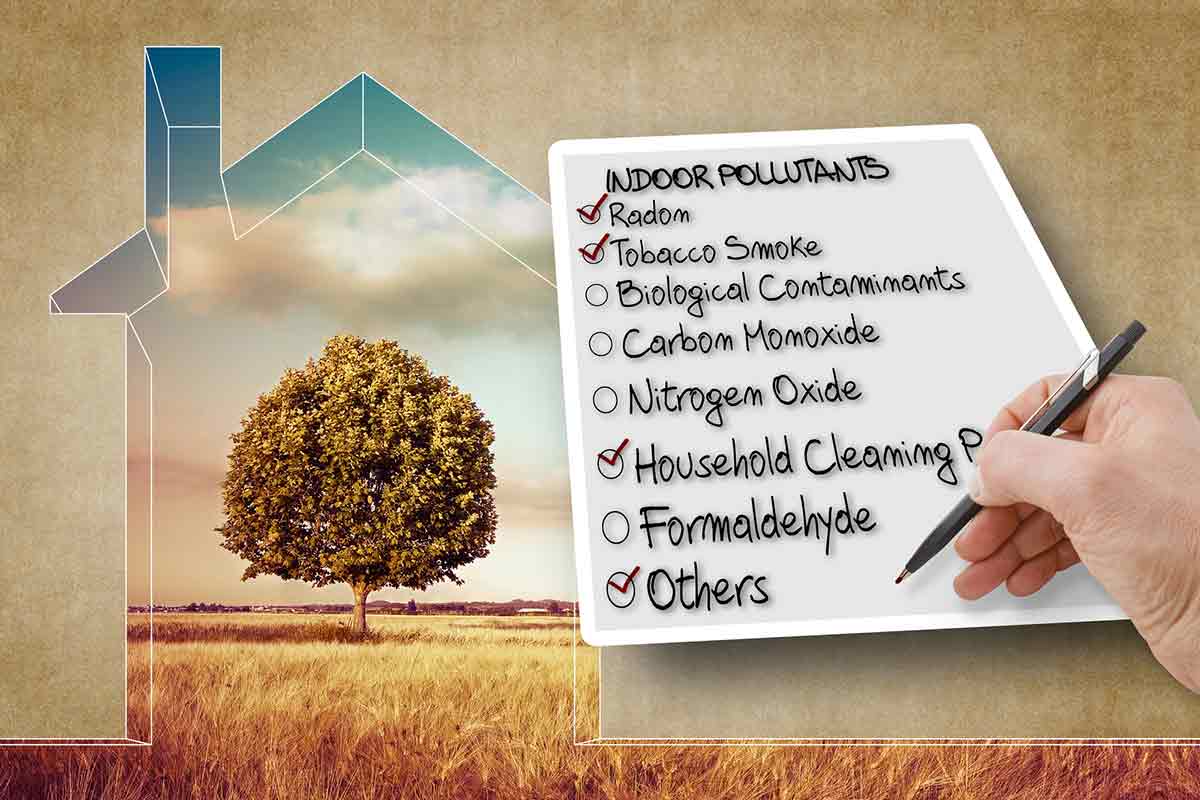 Warning Signs of Bad Air Quality in Your Home 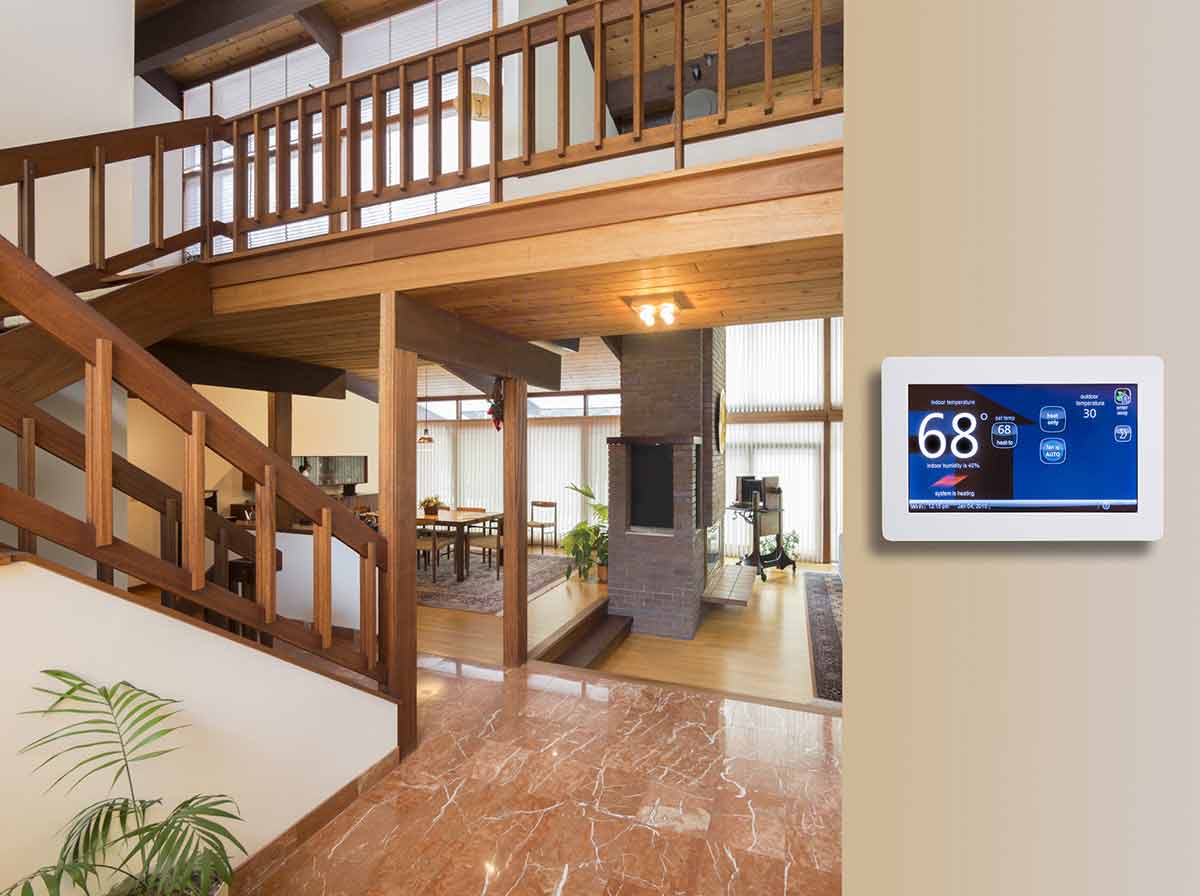 Fixing Hot and Cold Spots in Your House

Most modern homes are fitted with central HVAC systems to create a comfortable environment, but that doesn’t guarantee that every... 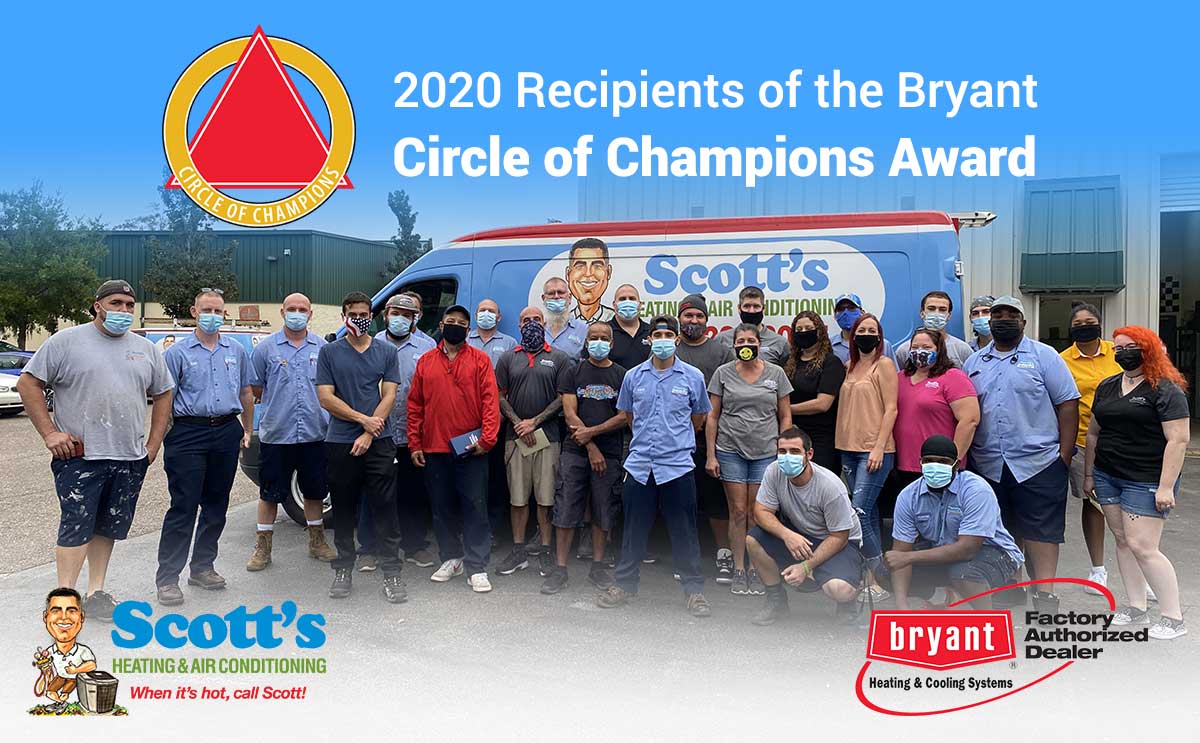 As a Bryant Factory Authorized Dealer, Scott’s Heating and Air Conditioning has been providing high quality, affordable AC services to...

John Kellis
21:29 08 Mar 20
Grant and team from Scott's were OUTSTANDING! The new system is wonderful and I purchased the 10 yr plan so that I can... have worry-free A/C for a decade! I cannot encourage you to do business with these folks enough. I'm a customer for life!read more

Lea Chancey
03:37 19 Feb 20
Very customer driven company. Sherrie was great when I called that evening for repair. Bill (technician) called and... gave me an estimated time. He had the problem diagnosed and fixed within 30 minutes. Great guy - knowledgeable and friendly. Good company.read more

GPa Rocks
21:17 12 Feb 20
It was time to replace the 15+ year old heat pump system in our house and I began my research by looking at all the... discussions on Nextdoor. After reading the reviews, I requested a few quotes, and ultimately decided on Scott's Heating and Air Conditioning. First, the sales representative, Daniel -- he was timely in keeping the appointment, he was knowledgeable and willing to spend extra time with me in going over the many options one might consider when one is replacing a heat pump system. I do feel good about the negotiation for the price of the system that I ultimately selected. Daniel was a good man to work with in this regard. Next came scheduling the installation and, fortunately, Scott's was able to send a team as soon as we wanted. I'm told this is the "slow season" which makes scheduling easy. The installation team, led by Daniel DeJesus, arrived promptly by 8:30am (important that I had my first cup of coffee!). Daniel, Jose, and Brad were professional and efficient as they removed the old system and installed the new one. For me, I always look at these operations as an "adult education learning experience" so I tend to ask a lot of questions about how and why they do various aspects of the installation. In all cases the installation team was accommodating and more than willing to explain things to me. The team finished the installation and reviewed the operation of the system and the smart thermostat with us, and made sure the premises were left tidy and clean. In summary, I'm impressed with the quality of the work, and the price of the system. I do recommend Scott's Heating and Air Conditioning.read more

Prashanta Laddu
03:32 01 Feb 20
We had a great experience With this company, starting off with our sales person Daniel, extending to the entire... installation crew. I’m sorry that I don’t remember all the names of the technicians who installed our units, but each and every one of them was very courteous, professional, and informative. They did not leave the house until the job is done right, and I did take a long time because we do have an older house. They started the job at about 8:30 in the morning and finished at 10 PM. They cleaned up everything and made sure that there was a full explanation as to how to use the thermostat units and the app so that we could control all of the AC units from our cell phones. They also made sure to follow up after the installation to make sure that we were satisfied with the job. I would certainly recommend Scott’s for AC installation.read more

Shelley Ouellette
05:40 31 Jan 20
Scott’s team is amazing! Not only do they get the job done fast, they deliver high quality products & top quality... installation. We have been their customers for several years & can’t say enough about their extraordinary service. Thank you!!read more

Kristin Kornchuk
22:10 25 Nov 19
Kim is wonderful to work with. She listens and finds the right appointment times and confirms the work... order/maintenance to be performed. She is always warm and friendly. Cliff is an exceptional technicians with years of experience and always exceeds my expectations by answering my many questions and concerns. Both are very professional yet friendly and easy to do business with. Well done.read more

Richie Cruz
13:24 04 Nov 18
CLIFF WAS AWESOME!!! After our A\C unit wasnt cooling like it used CLIFF came to my home and did a phenomenal job. He... was very professional and knowledgable. I work in the service field as well and noticed how clean and organized he kept his tools and material/parts he was removing and replacing. Parts were cleaned to the best of his ability due to it being a 21 year old unit. He did a fantastic job. Would definitely recommend SCOTTS to my neighborhood and google members. Now my house cools off in no time. Thanks again CLIFF and of course the SCOTTS TEAM.read more

Ryan Rawski
02:32 01 Sep 18
Scott's Heating & Air Conditioning = Professional. They did an awesome job with my system change. The photos are of... finished product and old product. A drastic difference! They were on time and knowledgeable. They made sure the job was done to my satisfaction. I highly recommend them!read more
Next Reviews
Privacy Policy Sitemap Accessibility Statement Licensed and Insured: CAC1816941
© 2021 Scott's Heating & Air Conditioning, LLC